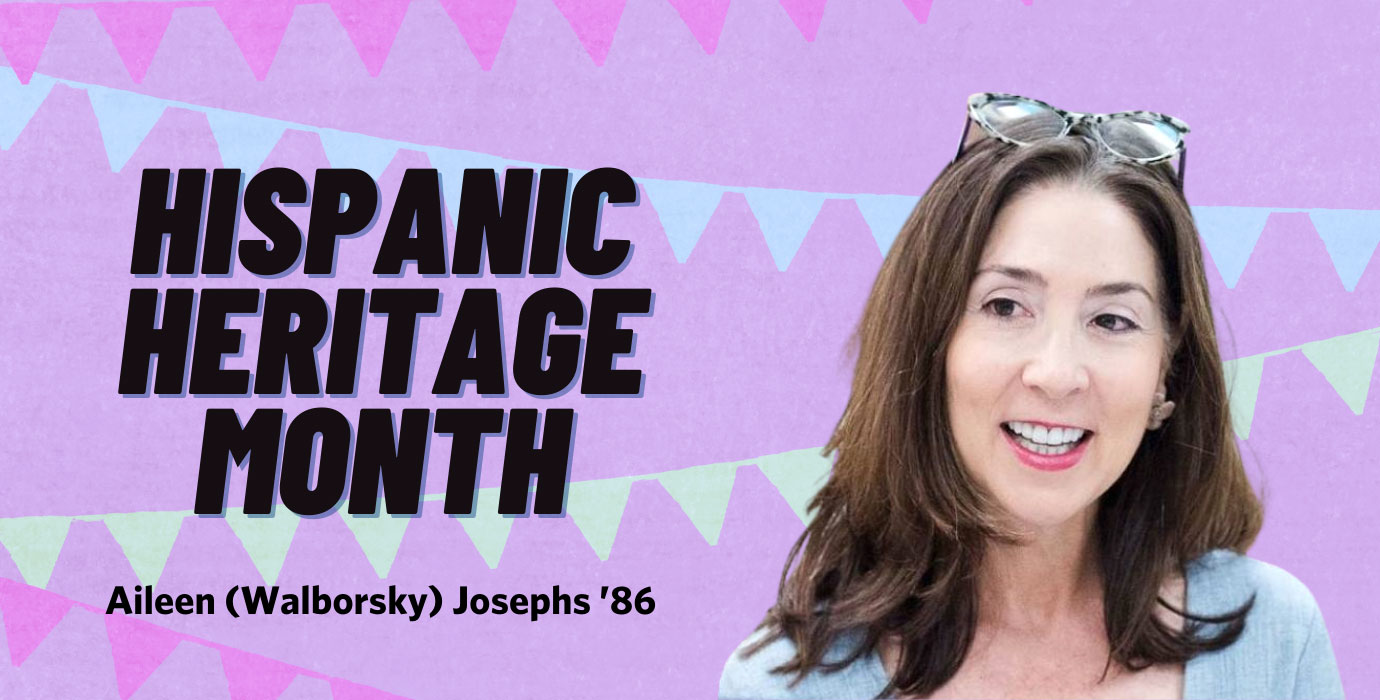 An immigration attorney in Palm Beach County, Florida, Aileen (Walborsky) Josephs ’86 has been recognized for her defense of immigrants’ civil and human rights, and in particular for her work with neglected Guatemalan and Haitian children. The daughter of a Venezuelan mother and an American-born father whose parents escaped Poland before the Holocaust, she credits her work with Salvadoran refugees in Waltham as a Brandeis undergraduate with sparking her interest in immigration policy.

In honor of Hispanic Heritage Month, the Brandeis Alumni Association invited her to reflect on the inspiration she has drawn from her Latinx heritage in her life’s work, and how her Brandeis experience helped shape her path.

I was born and raised in Mexico City. My father, Hyman Walborsky, of blessed memory, was a first-generation American born in the Bronx, New York. My paternal grandparents, Israel and Sara, left Poland before the Holocaust. The rest of their family that remained there did not survive it.

My father grew up very poor. My grandmother, Sara, was illiterate and only spoke Yiddish. My grandfather, Israel, was a tailor, working in sweatshops. My father slept in the small kitchen of their one-bedroom apartment. Upon his return from serving our nation in Korea, my father worked for a company that made ladies’ undergarments. He was sent to manage factories, first in Alabama, then Cuba, then Venezuela, where he met and married my mother, and eventually to Mexico City in 1962.

Having been born to a generation so close to the Holocaust left imprints in my soul that have never allowed me to be silent in the face of human suffering. I remember, as a little girl, seeing with much sadness the tattooed numbers on the arms of many of my friend's grandparents who had escaped the Holocaust and found a new home in Mexico. That backdrop and the poverty and contrasts I saw on a daily basis in Mexico instilled in me a desire from very early in life to work in the field of human rights.

As an immigration attorney, I have had the honor of helping thousands of immigrants from many different countries, and in so doing, coming to know their stories, their struggles and dreams. Many of the stories are the same: the only difference is in the outside appearance of the person I am helping. The Guatemalan Mayan women who do not know how to read and write remind me of my grandmother, Sara, and the struggles they have shared in common. Humanity’s common thread is the movement of people, both documented and undocumented, and how we treat the sojourner among us is what defines the soul of a nation.

I was very fortunate to find my passion in life while a student at Brandeis. I became fascinated with immigration and asylum law, and took an immigration policy course taught by Professor Lawrence Fuchs, who founded the American Studies Department at Brandeis, and is known for his major contributions to American immigration law. I took as many courses with him as I could, and was honored to have him as my mentor and thesis advisor. A scholarship enabled me to travel to Washington, D.C., to research my thesis by interviewing the legislative staff of senators working with Professor Fuchs on immigration legislation, with a focus on the need to create a temporary safe haven for those escaping civil strife.

I kept in touch with Professor Fuchs for years, and have kept and cherish his letters. I was truly blessed to have him as a mentor while a student at Brandeis and after. His mentorship was a gift, and I have tried to follow his example by mentoring young people interested in the immigration field so a piece of his great legacy carries on.

» See this article on Brandeis Alumni